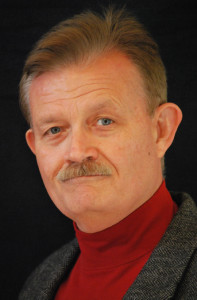 Dewey Strickler has been in the grain industry since the late 1970s. His background includes working as a grain merchant, over 25 years of experience as a licensed futures broker; and as a money manager, trading commodities for speculative accounts.

Presently, he is president of Ag Watch Market Advisors, LLC. with offices in Nashville, Tennessee and Franklin, Kentucky. Ag Watch is a grain market advisory service with clients located throughout the Corn Belt. Customers include grain producers, feed lots, millers, and professional traders.  Ag Watch services include subscriptions to “On the Money” grain commentary as well as consulting programs to grain producers.

Dewey is a contributor to Bloomberg News, Reuters, Farmer’s Pride newspaper, and has appeared as a guest on the RFD TV program, “Commodity Wrap.” In addition, he speaks to a variety of agricultural groups regarding market outlooks.

On a personal level, Dewey grew up on a grain and cattle operation in Kentucky. He is married with one son. His interests and hobbies include horseback riding, yoga, and cycling, and he has been active in martial arts since the 1970s. Dewey is a U.S. Army veteran and has served in the U.S. Army Reserves.